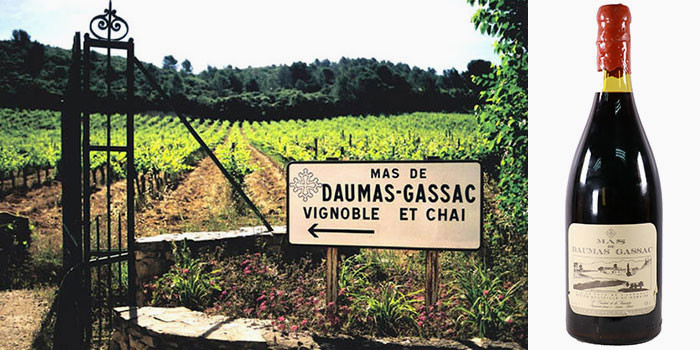 This wine burst onto the international wine world with amazing suddenness. In a sense, it was an accidental discovery.

In 1971 Aimé Guibert, a glove maker, and his wife, Véronique Guibert de la Vaissière, purchased an abandoned farmhouse near the village of Aniane northwest of Montpellier, as a family home.

Their friend, Henri Enjalbert, a celebrated geology professor from Bordeaux University, visited the property and was astonished by the quality of its terroir.

Guibert called in the foremost wine expert of the time, Emile Peynaud, who recommended planting the site with a majority of Cabernet Sauvignon. Guibert also planted a range of other varieties, including many from Italy and the Caucasus region, albeit in small quantities. 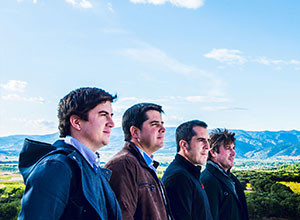 The 40ha vineyard was planted in 1974 and the first vintage was 1978. Guibert, who died in 2016, was keen to maintain biodiversity by planting vines in small blocks among the scrub and wildlife.

However, the wine was slow to win recognition – especially within France. It first received great international acclaim in 1982, and its stature became assured. Over time the vineyard was expanded and new wines were created. Today the estate is run by Guibert’s sons.

After a hot summer, the 1982 harvest began on 16 September and continued until 1 October. Despite its southerly location in the Languedoc, Daumas Gassac is a cool site and doesn’t produce super-rich wines.

Harvest can be three weeks later than elsewhere in the area. A large proportion of Cabernet Sauvignon, which ripens without excessive sugar levels, gives the wine a lean structure and remarkable ageability.

Although 1982 was riper than most years, the wine was never overblown. 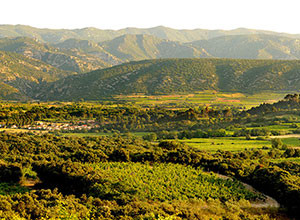 The Gassac Valley rises from 250m on the valley floor to 550m at the top of the flanking hills. A stream that traverses the property before joining the River Hérault, and the proximity of the Mediterranean, help to create the estate’s microclimate.

These attributes first excited Enjalbert, as well as a soil dominated by glacial deposits and rich in iron and minerals.

Farming has long been organic. Leaf removal is avoided, as a generous canopy protects the vines from the southern sun.

The winery is gravity-operated and located within a structure whose walls date back to Roman times. The grapes are destemmed, then fermented in steel tanks and given a cuvaison of at least three weeks.

The wine is aged for 12 to 14 months in barriques, but no more than 15% of the barrels are new. There is a light fining but no filtration.

Jane MacQuitty, writing in The Times, hailed the wine in 1985: ‘Blessed with an inky purple-black colour and grassy blackberry
fruit on the palate, and obviously needs at least a decade or two in the cellar yet.’

Michael Broadbent has followed the wine since 1986, when he found it ‘immensely impressive’.

Stephen Brook noted in 1994: ‘Rich, sumptuous and concentrated, this shows great depth of flavour, and the edge of acidity keeps it lively. Far from mature...’