Decanter announced today (25 June) that it is returning to Shanghai with a sixth edition of its Shanghai Fine Wine Encounter on Saturday,16 November 2019. The 2019 event features an all-star Grand Tasting, five Masterclasses and a first ‘Wine Legends Room’.

Launched in 2014, Decanter Shanghai Fine Wine Encounter (DSFWE) is the China edition of Decanter’s prestigious European consumer tasting. It is widely acknowledged as one of the biggest and highest acclaimed wine tasting events of its kind in China. Last year the event attracted over 1,200 wine lovers, who encountered over 134 top producers from around the globe.

In this year’s event, wine lovers will have the unique opportunity to taste some of the greatest wines ever made in the inaugural ‘Wine Legends Room’, which is inspired by the cognominal series from Decanter Magazine since 2011.

These legendary wines, brought to enthusiasts by their creators, are set to include Mas de Daumas Gassac 1982, Ridge Monte Bello 1991 (from magnum), Taylor's Port 1994, and Klein Constantia Vin de Constance 1995. 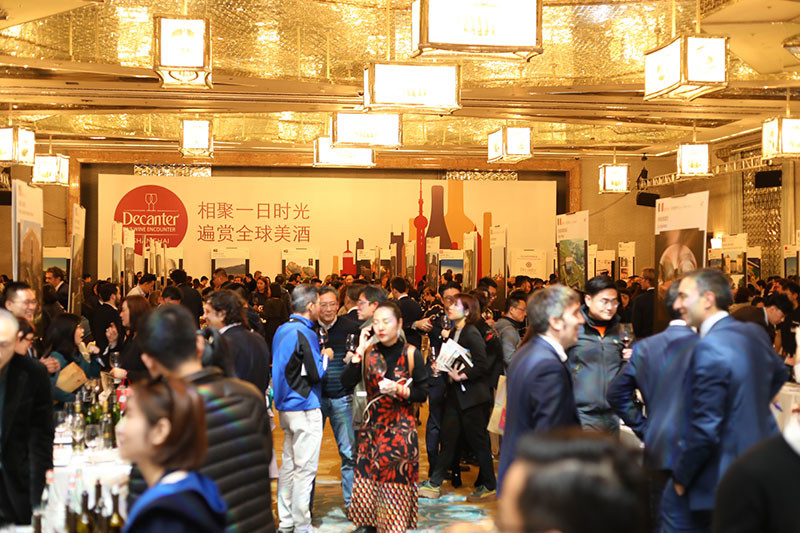 At the event’s flagship Grand Tasting, wine lovers will again be indulged with over 600 wines from premium producers of 17 countries in the world.

Among the top names that have confirmed for the two sessions are M. Chapoutier, Frescobaldi, Osborne Group, Yalumba and Rutini Wines.

This year, Decanter has partnered with Wine Australia, a peak industry body representing Australian wineries, to feature the quality and diversity of Australian wines in the Featured Region room as part of the Grand Tasting. The room will showcase some of Australia’s fine wines, as determined by the Langton’s Classification, as well as some excellent examples of the country’s rising stars; wines to watch and those likely to be classics of the future.

Wine Australia will also present a Masterclass led by Huon Hooke, one of Australian’s most iconic wine writers and joint Regional Chair for Australia at Decanter World Wine Awards. The Masterclass, entitled ‘Heritage, Place & Grace – Evolving Australian Classics’, will introduce eight wines from the Outstanding and Exceptional tiers of the Langton’s Classification.

Château Figeac is bringing eight vintages of its prestigious grand vin spanning 30 years from 1985 to 2015, offering a rare opportunity for fine wine lovers to discover the unique characters of the St-Emilion Premier Grand Cru Classé.

Vérité Winery, one of the finest producers from the Sonoma County of California, is presenting three of its Bordeaux-inspired cuvées, all of which have received 99 to 100 points from Decanter magazine, with vintages going back to 1998.

The afternoon will see a spectacular Masterclass hosted by the Antinori family, featuring three gems from its renowned Super Tuscan portfolio; Tignanello and Solaia from the heart of Chianti Classico and Guado al Tasso of Bolgheri.

Tickets for the event will go on sale on 26 June on www.decantershanghai.com.

Thank you to Riedel glasses and Aqua Panna and S. Pellegrino water for sponsoring our event again.