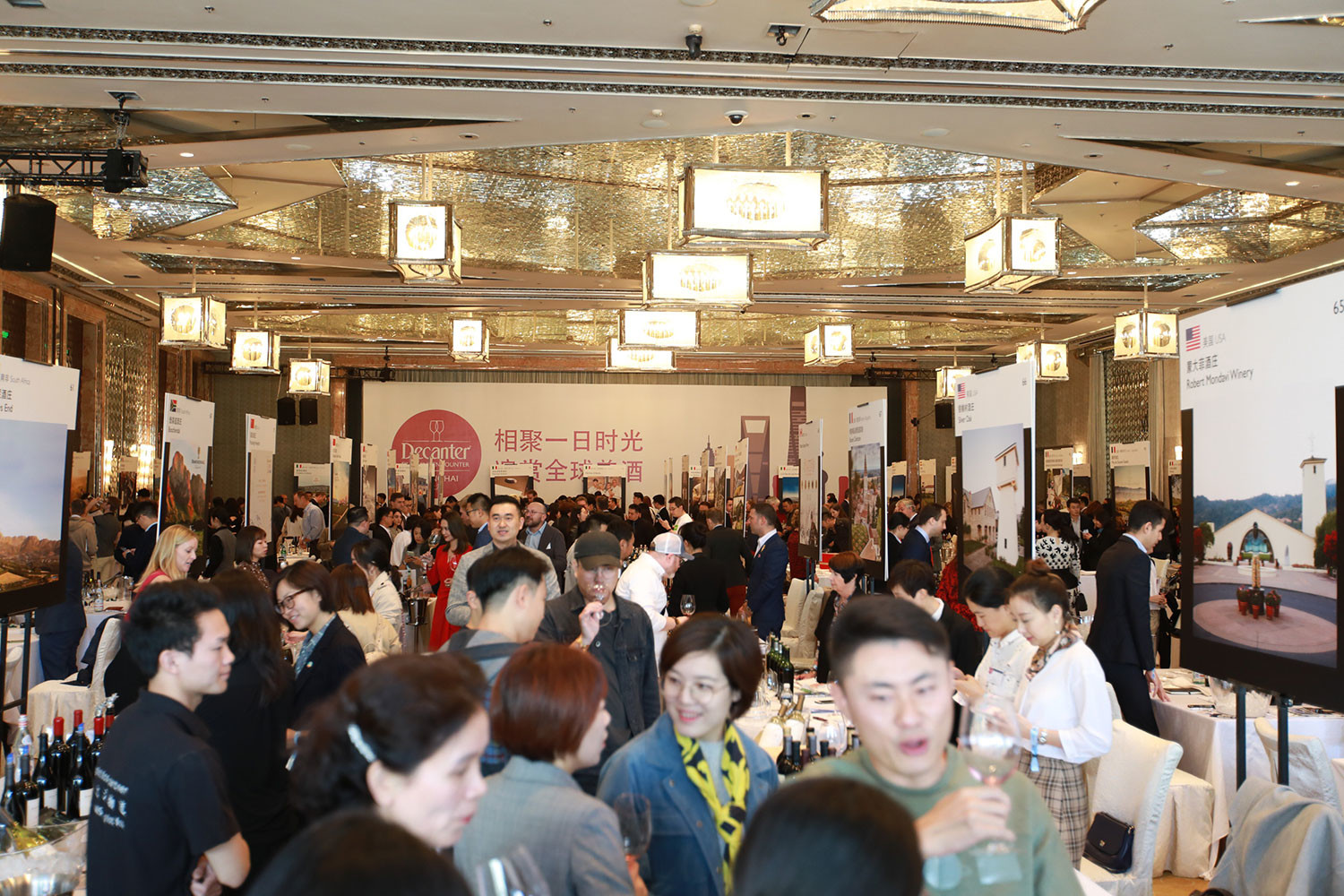 Last Saturday 16 November, more than 1200 wine lovers gathered at The Ritz-Carlton Shanghai, Pudong to meet over 160 star producers from 17 countries at the sixth edition of Decanter Shanghai Fine Wine Encounter. Over 600 fine wines were poured and shared during the one-day event, with the oldest vintage tasted dating back over half a century.

This year saw the first ever Wine Legends Room, which welcomed over 350 keen wine enthusiasts, who all had the unique opportunity to taste some of the finest offerings from around the world.

Inspired by the ‘Wine Legends’ series of the Decanter Magazine, the inaugural Wine Legends Room saw 20-strong featured producers showcasing their top wines and vintages to a limited number of wine enthusiasts in Shanghai. 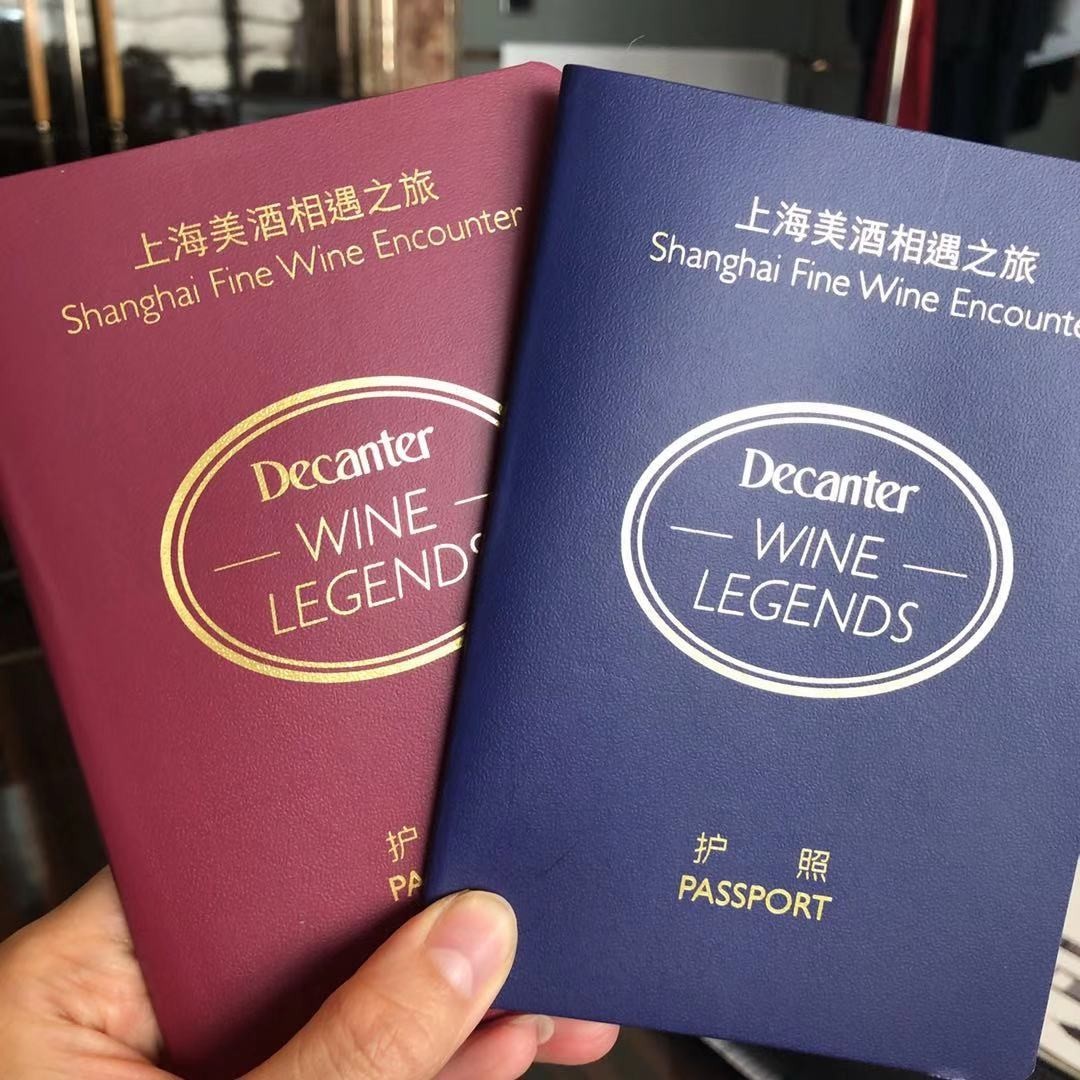 ‘All the years I’ve been coming to the Shanghai Encounter, the visitors have been amazing. It’s refreshing to see a lot of well-educated younger and female tasters’ commented Hans Astrom, managing director of Klein Constantia. Astrom brought both the 2015 and 1995 vintages of the classic Vin de Constance to the event. 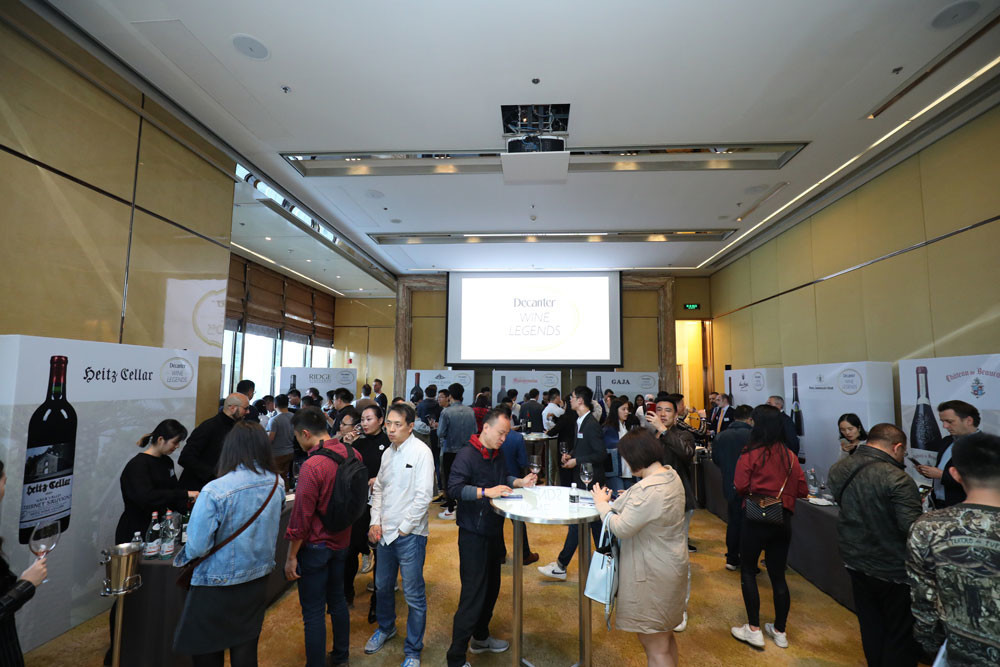 As one of the first-time participants to the Shanghai Encounter, Campanian producer Mastroberardino presented the 1998 vintage of Radici Taurasi Riserva.

‘There’s a huge potential of development,’ commented Piero Mastroberardino when speaking about the knowledge level of the audience at the show, ‘people coming to the table understand and appreciate the high-level presentation of the Wine Legends Room.’

‘I’m surrounded by some of the greatest producers in the world, I couldn’t ask for a better day,’ concluded Laura Catena of Bodega Catena Zapata, who showcased Nicolás Catena Zapata 2000.

Due to the increased popularity and presence of Australian wines in the Chinese market, the 2019 Shanghai Encounter partnered with Wine Australia to showcase some of the country’s most iconic wines in the Featured Australian Wine Room.

The wines in the Featured Room followed the Langton’s Classification, an independent rating system which sets a benchmark for Australia’s finest wines. The wines on show were presented in three tiers: Excellent, Outstanding and Exceptional. These wines were complemented by some of the country's rising stars; wines to watch and those set to be the classics of the future.

‘It was a privilege to be showcasing some of our finest Australian wines amongst a huge line-up at this year’s Shanghai Fine Wine Encounter. Our Australia Feature Room attracted an enthusiastic group of wine lovers, not only keen to explore the classics, but also the rising stars of Australian wine,’ said Chloe Zheng, Senior Marketing Project Manager of Wine Australia, China. 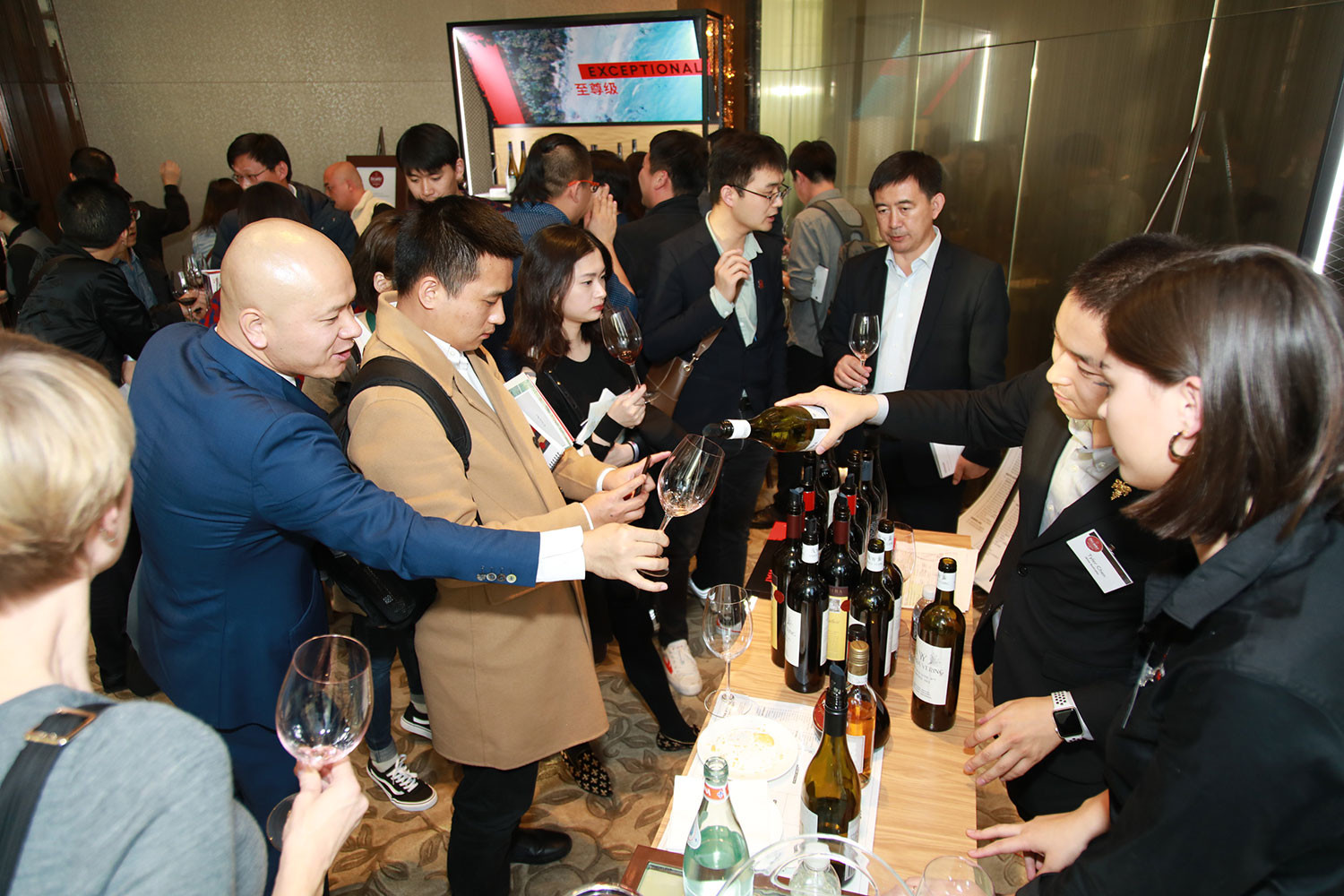 The 2019 event also presented five all-star masterclasses, hosted by some of the most renowned producers and experts in the wine world.

Bordeaux meets California without compromise: Nothing but La Vérité

Vérité Winery of the Sonoma County kicked off the morning with a tasting of its iconic La Muse, La Joie, and Le Désir showcasing three decades of vintages from 1998 to 2016.

‘I’m extremely impressed by the people here and how much they know about wine,’ commented Seillan after the masterclass, ‘They know about the subject and they are not afraid to ask questions. I think they do have a very similar, old-world palate.’ 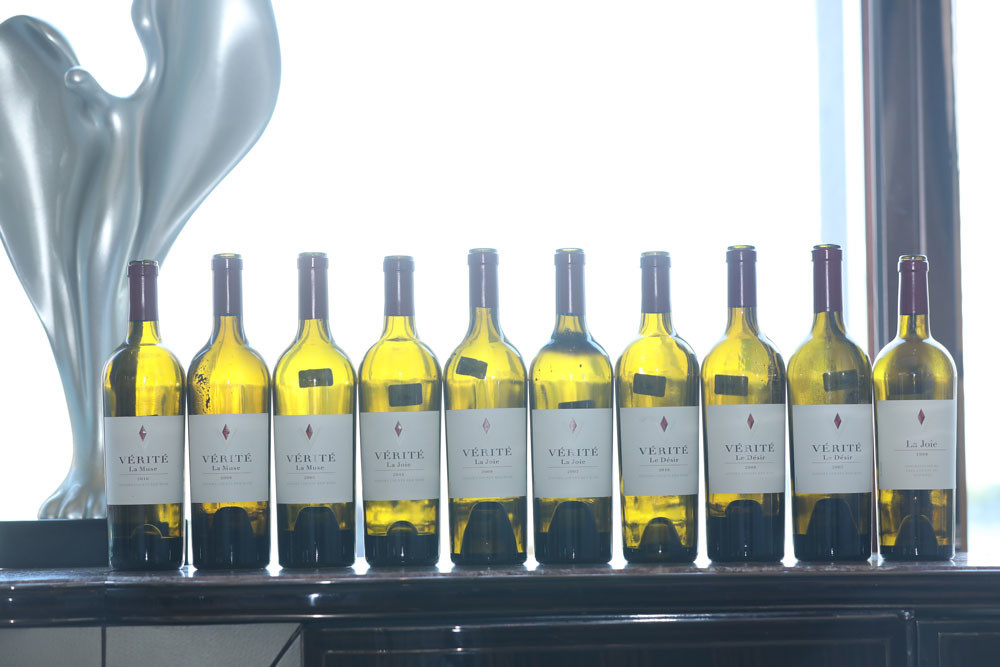 Château Figeac: A tale of remarkable terroir and elegance

At the Château Figeac masterclass, wine enthusiasts were given a rare opportunity to taste the estate’s grand vin with vintages spanning 30 years from 1985 to 2015. The 2004 vintage was presented in a magnum.

Romain Jean-Pierre, Technical Director of Château Figeac, shared his insight about the heritage and unique terroir of this St-Emilion Premier Grand Cru Classé. ‘We had great feedback from a number of incredibly knowledgeable consumers who showed a real interest in the winery and our history. A real highlight was being able to compare and contrast both the 2009 and 2010 with 2015 and 2016 vintages.’ commented Jean-Pierre. 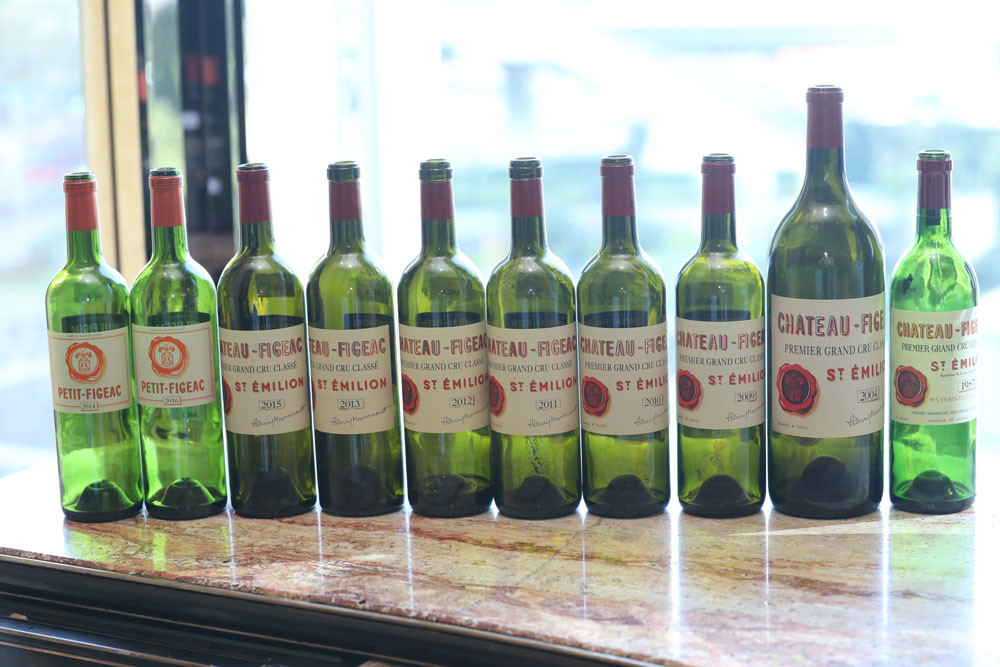 Regional Chair for Australia at the Decanter World Wine Awards, Huon Hooke, hosted a highly popular masterclass on some of Australia's most premium wines determined by the Langton's Classification as Outstanding and Exceptional, which echoed the Featured Australian Wine Room. Commenting on the masterclass, Hooke said that ‘It was an honour to present these iconic wines to this room of attentive consumers. They showed off Australia’s sheer diversity and I hope there can be further broadening out of tastes to recognise more of the country’s white wine and alternative varieties.’ 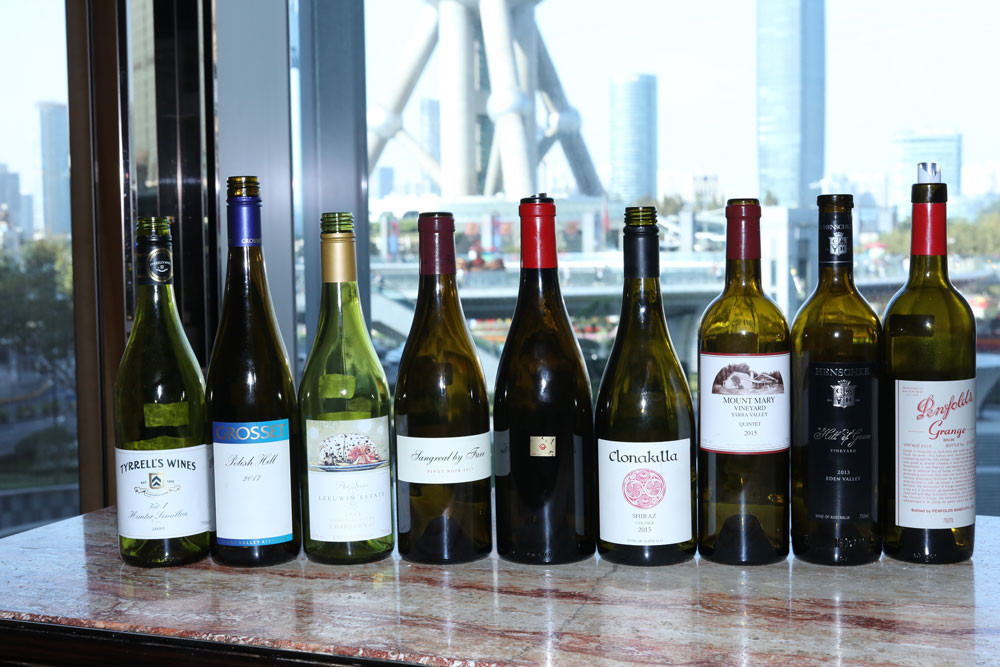 The masterclass showcased Tignanello, Solaia and Guado al Tasso, each from three vintages, to convey the distinguishing characters, individual style and approach of the Super Tuscan producer which dated back to 1385.

‘We tasted our wines with 45 incredibly interested and curious wine lovers,’ said Allegra Antinori, who participated in the Shanghai Encounter for the first time, ‘they listened carefully and attentively throughout the duration of the masterclass and asked a lot of insightful questions. Many had previously visited us in Tuscany which was a positive surprise and impressed me a great deal.’ 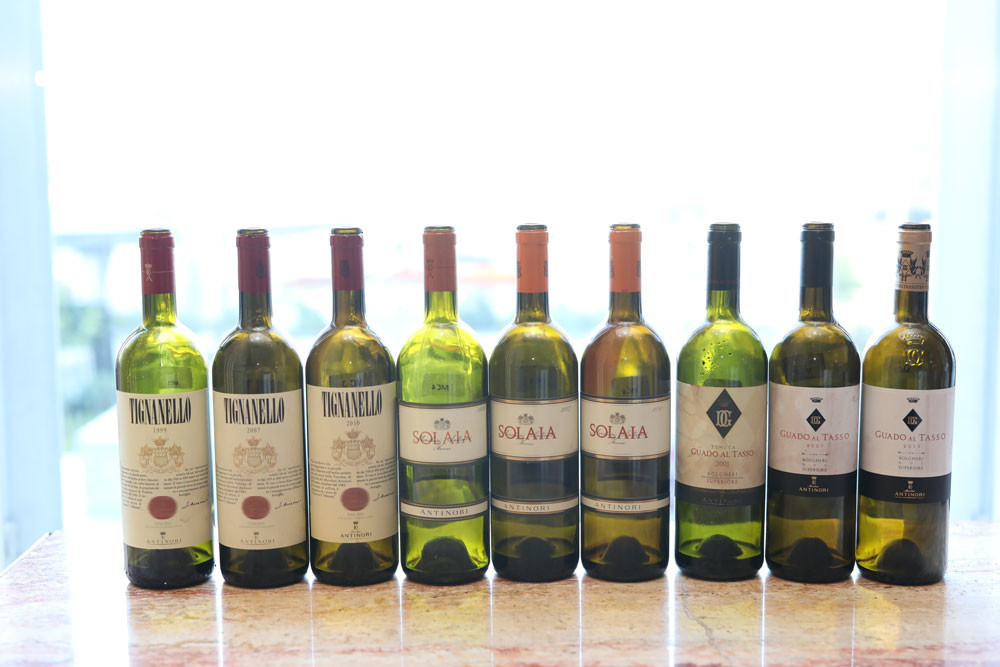 A 50-year journey through the historic Haro Station District, Rioja

Decanter contributor Jane Anson presided over the masterclass, while each winery presented two vintages, at least 10 years apart, and spoke about their distinct history and winemaking philosophy. The 1964 Gómez Cruzado ‘Honorable’ was the oldest wine poured at this year’s event.

‘It was a great opportunity for us to explain what Rioja is, as well as the evolution of the region over the last 20 years,’ said Mayte Calvo, technical director and winemaker of Bodegas Bilbaínas, who brought 1978 and 2000 vintages of Viña Pomal Gran Reserva to share with the audience.

‘We have been participating since the beginning of Decanter Shanghai Fine Wine Encounter six years ago,’ said Eduardo Muga, co-owner of Bodegas Muga, who presented Prado Enea Gran Reserva 2010 and 1970.

‘I think it’s a great opportunity for the consumer to meet directly with the producers to taste top quality wines from all over the world in one day. For us it’s also the perfect opportunity to find out what they think, especially in China, where the culture of wine is fast-growing.’ 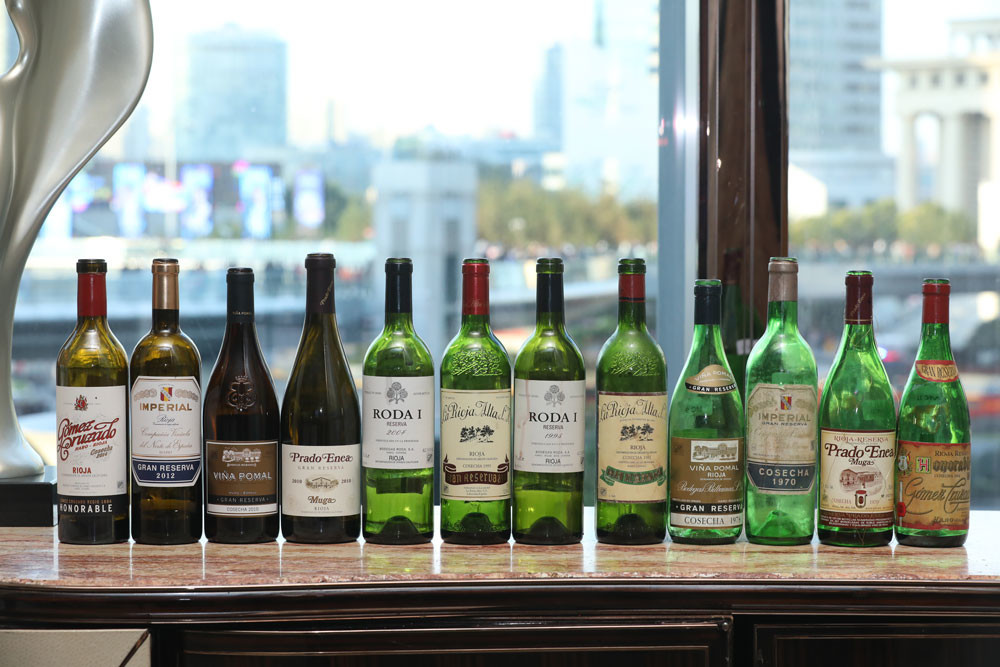 In the iconic grand ballroom of the Ritz-Carlton, wine lovers were again met by over 100 top producers from 17 countries in the world. Many of the attendees purchased an all-day ticket, taking full advantage of this rare opportunity to encounter the people behind the labels, and taste over 600 quality wines during the morning and afternoon sessions.

Decanter Asia Wine Awards (DAWA) proved a popular stand showing ten of its top award - ‘Best in Show’ winners, providing the ideal platform for producers who are interested in showing their award-winners to the Chinese market.

‘What we noticed this year is that domestic wine lovers are paying more attention to Chinese fine wine producers,’ said Chen Lizhong, owner of Tiansai Vineyards, ‘many of them specifically asked to try our Chardonnay and Marselan, proving they are familiar with our winery. The feedback we receive here is invaluable.’

‘We met a number of consumers, as well as representatives from the trade,’ said Vremea Natalia, Export Sales and Business Development Manager of Château La Grace Dieu des Prieurs. The Saint-Emilion producer also took part in Decanter’s London Fine Wine Encounter, but it was the first time for them to join the Shanghai edition.

‘We are amazing by the audience here and how open the feedback is said Natalia, ‘they were amazed by our special shape of the bottle and art labels.’

‘Attendees were really intrigued by our Ripasso-style wines, which are generally higher in alcohol than other still wines, but the feedback was positive,’ said Stefano La Torre, Brand Manager Asia of Tinazzi at the end of the show, ‘time flew by - I really enjoyed the event and for sure we will be coming back the next year.’ 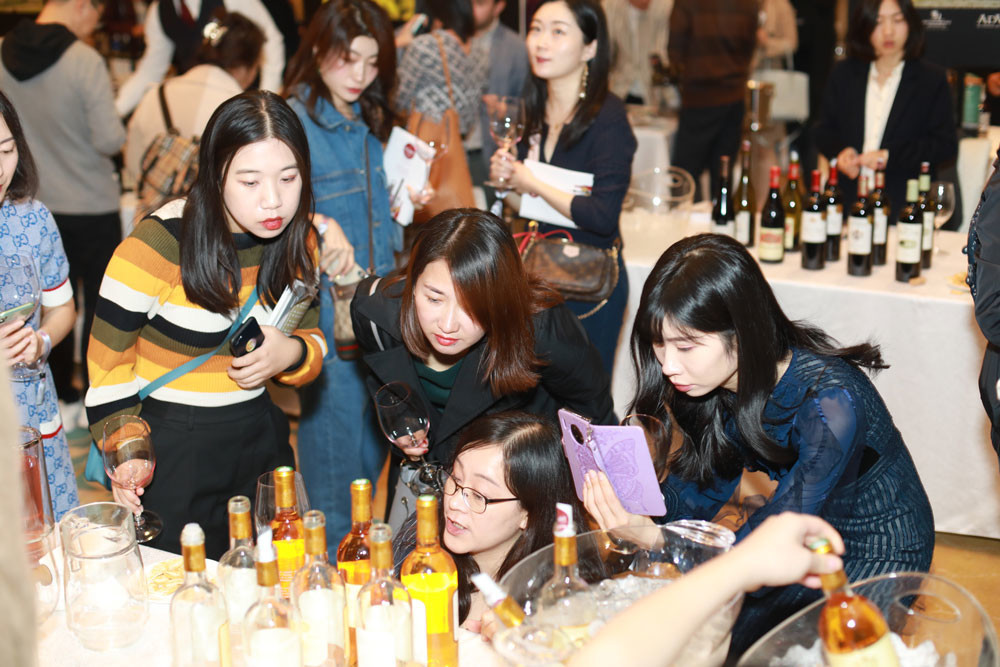 The next Decanter Shanghai Fine Wine Encounter will take place on 21 November 2020.

Many thanks to our loyal sponsors Acqua Panna and S. Pellegrino mineral water for keeping guests hydrated on the day and to Riedel for supplying the glassware and to all Ritz-Carlton staff.