I might have been born in Canada and lived for the past 18 years in London, but I am as Australian as Vegemite, koalas and Kylie Minogue. I grew up there; from primary school through university, my first rungs on the career ladder, learning to drive and – most importantly – learning about wine. So it’s not surprising that even after working in wine for more than 16 years, including 11 at Decanter, tasting wines from first-growth Bordeaux, cult Californian Cabernets and SuperTuscans, that I have a real soft spot for the wines of my homeland.

For connoisseurs, or those just starting out on their wine journey, few line-ups of Australian wine are as comprehensive or impressive as those in our Featured Room this year. Guests truly have unparalleled access to taste some of the country’s most famous bottles – renowned on a global stage – as well as those wines destined to become future Aussie icons.

Andrew Caillard MW, the co-founder of Langton’s wine auctions and the creator of the Langton’s Classification in 1990, describes the three-tier ranking as the ‘form guide’ of Australia’s best-performing wines. It’s a fluid classification that is reviewed every five years and wines can be added, promoted or demoted.

Wines are eligible based on their demand, reputation, quality and track record at auction, and only considered for ranking after a minimum of 10 vintages, so you know that what you’re going to taste in this special room really are Aussie

Like any great wine, its success is dependent on its history and people as much as the liquid itself, so make sure you ask those pouring these special wines a few questions – they will be grateful for your interest.

In the meantime, here are a few of my favourites that I hope you enjoy:

This is the finest tier of the Langton’s Classification. Experience Australia’s most classic and iconic wines, highly prized and sought-after by wine lovers and collectors across the world. These revered wines are the result of generations of effort, inspiration and custodial care of Australia’s most precious vines.

I love all Aussie Shiraz, but have a particular soft spot for the silky, medium-bodied style of those from the Hunter Valley. This is Brokenwood’s flagship wine, from vines planted in 1968 and made by legendary chief winemaker Iain Riggs who has been at Brokenwood since 1982. The 2017 vintage was one of only 50 wines that won Best in Show at the 2019 Decanter World Wine Awards.

This year (2019) marks Vanya Cullen’s 30th anniversary as chief winemaker at this famous family-owned property, which is arguably Australia’s most-high-profile biodynamic estate. Diana Madeline is named after her mother and the flagship Chardonnay, Kevin John, is named after her father.

This quintessential Coonawarra Cabernet was first made in 1982 and only released in the best vintages in limited quantities – less than 1% of the estate’s best grapes are deemed worthy enough by chief winemaker Sue Hodder to make the final wine. 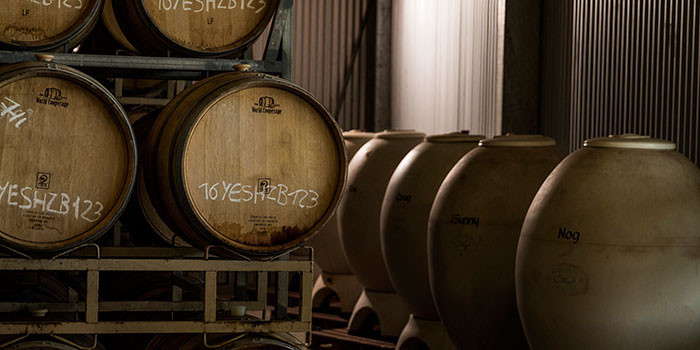 A showcase of wines categorised as ‘Outstanding’ in the Langton’s Classification, an independent classification that sets the benchmark for Australia’s finest wines.

If you know your French, you’ll probably have guessed that Nine Popes (a blend of Syrah, Grenache and Mourvèdre) is Charlie Melton’s homage to that great Rhône blend of Châteauneuf-du-Pape. Would you be able to taste the difference?

Hunter Valley Semillon is incomparable in the world of wine – especially at about 15 years of age with developing characters of lime marmalade on toast and beeswax – and Vat 1 is one of its finest expressions. They have very moderate alcohols of between 10% and 12% plus vibrant acidity making them excellent wines to pair with food. 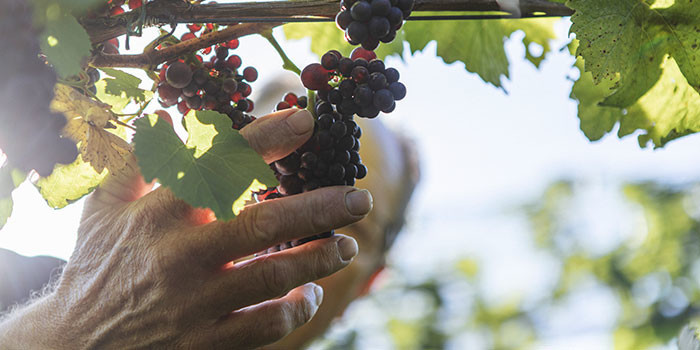 From some of Australia’s most recognised names, these all-time greats prove their worth year after year. Wines that are expressive, authentic and with enduring appeal.

It won’t be hard to pick out d’Arenberg winemaker Chester Osborn in the crowds at the Decanter Shanghai Fine Wine Encounter – he will be the one with long flowing hair, the most colourful shirt and extravagant rings on his fingers! His vast range of wines also have some of the craziest names, and he brings fun props to tastings to explain them all.

If you love the sweet wines of Sauternes and Tokaji then make sure you taste this – Australia’s most famous dessert wine, first made in 1982, with its unique taste coming from Semillon grapes that have been infected with botrytis cinerea (‘noble rot’). If you want to sound like a local, Aussies call sweet wines ‘stickies’!

This line-up showcases the diversity and evolution of Australian wine, as well as the innovative, creative and pioneering spirit of its winemakers.

Marsanne is a Rhône variety, usually blended with Roussanne, but Tahbilk actually has the world’s largest plantings and oldest vines. This wine, from those 1927-planted vineyards, is a unique must try.

Can you believe that sweetness of this wine is equivalent to adding 400 teaspoons of sugar per litre? Thankfully while unbelievably rich and intense, it is balanced by fresh acidity. It was one of only 50 wines to win a Best in Show at the 2019 Decanter World Wine Awards.

Time and Venue of the Australian Wine Room: